Gender & Sexuality in the Digital Age

Business can benefit from being more inclusive of the spectrums of gender and sexuality. By exposing large populations to more inclusive digital experiences, enterprises can, in turn, create a more liberal future. 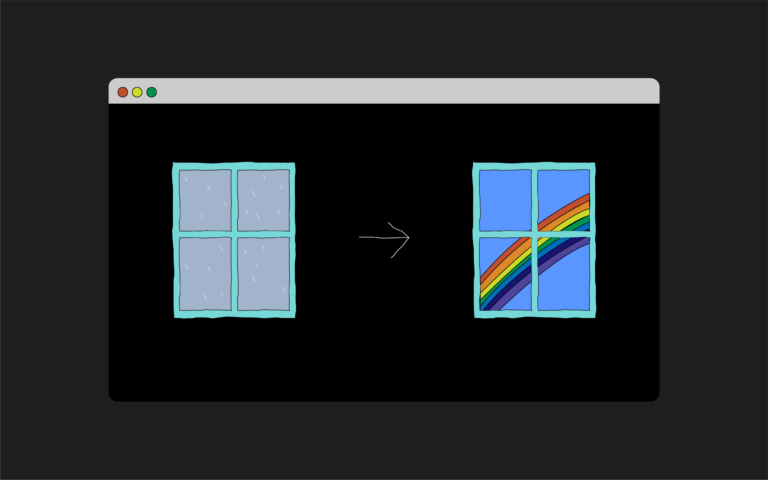 Technology has allowed us to expose large communities to liberal narratives instantly and effortlessly. By designing more inclusive digital experiences, we can increase social tolerance through mere exposure. With a few lines of code, we can begin to challenge archaic understandings of gender and sexuality, and years of patriarchy. The right digital interventions can even challenge governments to consider a new and transient world order — what a time to be alive.

What does this reform look like in practice? As a digital architect, I work very closely with large enterprises. We were recently approached by one of our banking clients to revamp their customer-facing website. Unsurprisingly, market research showed that Indian banks perform poorly on accessibility and inclusivity. In the digital world, large banking companies rarely have a voice. With more and more companies turning to natural language (conversational copy), a digital persona has become a mandate. Can we find ways to make these personas more inclusive and empathetic? Via social media, blogs, chat interfaces, and on-site content, companies providing essential services can reach millions of users. With the correct language and content, they can help positively change the narrative for marginalised communities.

Companies employ personas to communicate with their target audience. According to a survey by Jay Walter Thompson Innovation Group, 80% of Gen Z (13–20 years old — born between 2006–1999) believes that gender no longer defines a person as much as it used to. This shift in gender perception shows a need for institutions to build diverse personas. Brands like IndiGo, Hubspot, and Capital One have shown us that having a point of view humanises companies and thereby instils a sense of trust. By creating inclusive and accessible services, companies can increase their customer base and build brand loyalty. With estimates of the global LGBTQ spending power at $3.6 trillion ($117 billion in India), enterprises have an opportunity to create valuable and lasting alliances by embracing diversity.

Capital One is a rare example of how companies can play an essential role in shaping society. According to Kris Dunn & Shane P. Singh, subconscious exposure to diversity can create positive perceptions of diversity. They refer to this normalisation of difference through exposure as pluralistic conditioning. For a second, let’s imagine being confronted with a form that puts Ms. before Mr. on a dropdown. Now imagine a dropdown that covers a spectrum of genders (HSBC is one of the few banks which provides ten gender-neutral title options). What about a form that allows you to include two parents of the same gender? Or photographic content that celebrates diversity? For an American same-sex couple settled in India, this is good user experience. For a teenager in rural India, struggling with their identity, this is recognition.

Most banking chatbots use a female as their logo/icon. The gross stereotype of a female assistant has been digitised. Capital One is one of the few banks that uses a non-gendered chatbot icon, and if you ask it its gender, it will reply, “non-binary”.

The Siri on my iPhone has a male voice. It has been the subject of numerous discussions with my friends because it always catches them off guard. Having a virtual assistant with a female default voice is so normalised that we forget to examine its implications. Have you questioned why Alexa, Cortana, and Siri have female names? With the nascent adoption of voice assistants and chatbots, there is still time to course-correct and build inclusive technology. We should start by noticing how digital tools around us have adopted physical, societal conventions and hold companies accountable for embracing these antiquated norms.

It is essential to recognise the reach of enterprises; the cumulative impact of micro-changes by these ubiquitous giants can radically transform the cultural environment surrounding us. Because of limited exposure, many people write off ‘non-traditional’ gender and sexualities as abnormalities. Introducing a spectrum of genders and sexuality to daily life, through channels such as digital-banking, can increase the acceptance of non-binary communities.

Being aware of underlying bias can orient us to question institutional processes. Awareness can also help us incorporate changes in the organisations we interact with.